Lucky Symbols from around the World.

St. Patty's Day is celebrated around the World in many cultures. People don their green and post four leaf clovers which have come to be associated with luck. It's not just the clover that people believe bring on lucky streaks. Here are some symbols of luck from around the World. 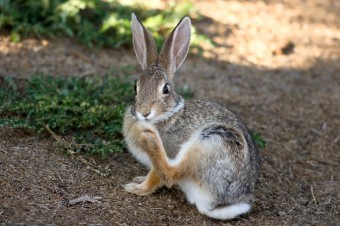 In some cultures, the foot of a rabbit (carried as an amulet) is believed to bring good luck, for the human anyway (ouch). This belief is held by individuals in a great number of places around the world including Europe, China, Africa, and North and South America. It is likely that this belief has existed in Europe since 600 BC amongst Celtic people.

The word for "eight" (八 Pinyin: bā) sounds similar to the word which means "prosper" or "wealth" (發 – short for "發財", Pinyin: fā). In regional dialects the words for "eight" and "fortune" are also similar, e.g., Cantonese "baat" and "faat".

The number 8 is viewed as such an auspicious number that even being assigned a number with several eights is considered very lucky. This is one of the reasons the opening ceremony of the Summer Olympics in Beijing began on 8/8/08 at 8 seconds and 8 minutes past 8 pm local time.

Superstitions surrounding divination by means of a goose's wishbone go back to at least the late medieval period. Johannes Hartlieb in 1455 recorded the divination of weather by means of a goose's wishbone, "When the goose has been eaten on St. Martin's Day or Night, the oldest and most sagacious keeps the breast-bone and allowing it to dry until the morning examines it all around, in front, behind and in the middle. Thereby they divine whether the winter will be severe or mild, dry or wet, and are so confident in their prediction that they will wager their goods and chattels on its accuracy. The custom of two persons pulling on the bone with the one receiving the larger part making a wish develops in the early 17th century. At that time, the name of the bone was a merrythought. The name wishbone in reference to this custom is recorded from 1860. The Sarimanok is a legendary bird of the Maranao people who originate from Mindanao, a major island in the Philippines. It comes from the words "sari" and "manok." "Sari" means cloth or garment, which is generally of assorted colors. Manòk means "bird". It is the legendary bird that has become a ubiquitous symbol of Maranao art. It is depicted as a fowl with colorful wings and feathered tail, holding a fish on its beak or talons. The head is profusely decorated with scroll, leaf, and spiral motifs. It is said to be a symbol of good fortune. According to German tradition, the "Schwein" (pig) brings good luck over the coming 12 months. Similarly, the German phrase "Schwein haben" - which literally means "to have pig" - actually implies "to be lucky."Its special status in this regard purportedly dates back to old decks of playing cards, in which the ace was known as "die Sau" (a sow, or female pig). The upshot: the expression "Schwein haben" became a synonym for being lucky.

The maneki-neko (Japanese: 招き猫?, literally "beckoning cat") is a common Japanese figurine (lucky charm, talisman) which is often believed to bring good luck to the owner. In modern times, they are usually made of ceramic or plastic. The figurine depicts a cat (traditionally a calico Japanese Bobtail) beckoning with an upright paw, and is usually displayed—often at the entrance—of shops, restaurants, pachinko parlors, and other businesses. Some of the sculptures are electric or battery-powered and have a slow-moving paw beckoning. The maneki-neko is sometimes also called the welcoming cat, lucky cat, money cat, happy cat, beckoning cat, or fortune cat in English.

Many cultures consider coccinellids lucky and have nursery rhymes or local names for the insects that reflect this. For instance, the Turkish name for the insect is uğur böceği, literally meaning "good luck bug". In many countries, including Russia, Turkey, and Italy, the sight of a coccinellid is either a call to make a wish or a sign that a wish will soon be granted. White elephants have been revered symbols of power and good fortune in both Thailand and Burma. In Thailand all those discovered are presented to the king (usually this is ceremonial — they are not taken into captivity) and the more white elephants the king has, the greater his standing.

Last but certainly not least is the Four leaf clover. St. Patrick's Day is when you will see this symbol shown the most and ironically it is not to be confused with the Shamrock with which St. Patrick was actually associated. He used the Shamrock which grows with three leafs to illustrate the idea of the Trinity in the Christian church. This spiritual teaching tool caught on and spread amongst the community because to this day the symbolic shamrock meaning is iconic of St. Patrick and his spiritual passion and is the unofficial symbol of Ireland.

The Four leaf clover however is the 4 leaf version of the shamrock and is very rare and thus you are lucky to find one. According to Irish lore, each leaf symbolizes a different lucky characteristic; Respect, Wealth, Love and Health.
Posted by RodgersTravel at 12:34 PM No comments:

I wonder where directors get the ideas for shooting the deboarding scenes in movies. I have never- not even once- walked off of a plane with freshly blown out hair or dewy skin- let alone in a beautiful unwrinkled light weight ensemble that flows in the wind! This writer experiences the complete opposite. Flat back hair (seat hair), dry skin and lips and I'm either wrapped tighter than a swaddled infant (because it gets cold) or more wrinkled than a pugs face. Picture perfect. Hopefully we can both learn from this post.

Don't arrive to your final destination looking like a hot mess. Here are a few tips on how you can travel in style:


Moisture
On average the humidity on an airplane is 12%. That is a far cry from the typical indoor humidity of 30-65%. Because of this many people experience dryness when flying. It is very important for travelers to stay hydrated inside and out.


I hope you find these tips helpful. Happy trails everyone!

How to Pack a Bag or Suitcase Efficiently

You think you know...but you have no idea. Ok, maaaaybe it's not that serious but we wanted to share some tips we stumbled upon in our internet travels on how to pack your bags. This was found on wikihow.com. Link is at the bottom of this post. We hope you find this helpful!

Packing for a trip is easy when you plan ahead by following the tips given below. Remember to pack according to the weather, location and activities planned. Be sure to include toiletries, medications and valuables such as jewelery in a separate traveling case which you can stow away in an overhead cabin.

1. Check out the weather at your destination(s) before you go. Is it going to rain? Pack a rain suit or something that can get wet and dry quickly. If it is going to be hot, pack shorts. Don't forget: Do you need a bathing suit or swim clothes?

2. Plan each day in advance. This will help you decide how many pieces of clothing to take. Too much and you will regret carrying everything.Remember you can always buy a cheap t-shirt or a pair of shorts at your destination. You will regret it if you pack too much, but if you pack too little you can always compensate for it. Remember probably every town you have ever been in has had a laundromat.

3. Pack several lightweight layers. This will work well for both hot and cold weather, as you can add more if you're too cold, and take some off if you're too hot.

4. If you have limited space, do not roll your shirts, pants, etc. Instead, fold your shirts into squares. Better yet, stack them. In the space you could fit about 3-4 rolled t-shirts, you could fit 5-6 stacked shirts (depending on your suitcase size).

5. Stuff your socks inside your shoes if there is no other room for them. If you have any other small trinkets, you can put that in your shoes, too.

6
6 Line the inside of the bag with your t-shirts. This will help distribute the contents.

7 Pack fragile items in the center of your case. This way, they are less likely to be broken. If possible, don't bring anything fragile.

8. Put dress shirts on top so that you can remove them easily for hanging and ironing.

9. Put shoes in a plastic grocery bag. This is so that after you wear them, you can put them away without damaging any other items or making them dirty. 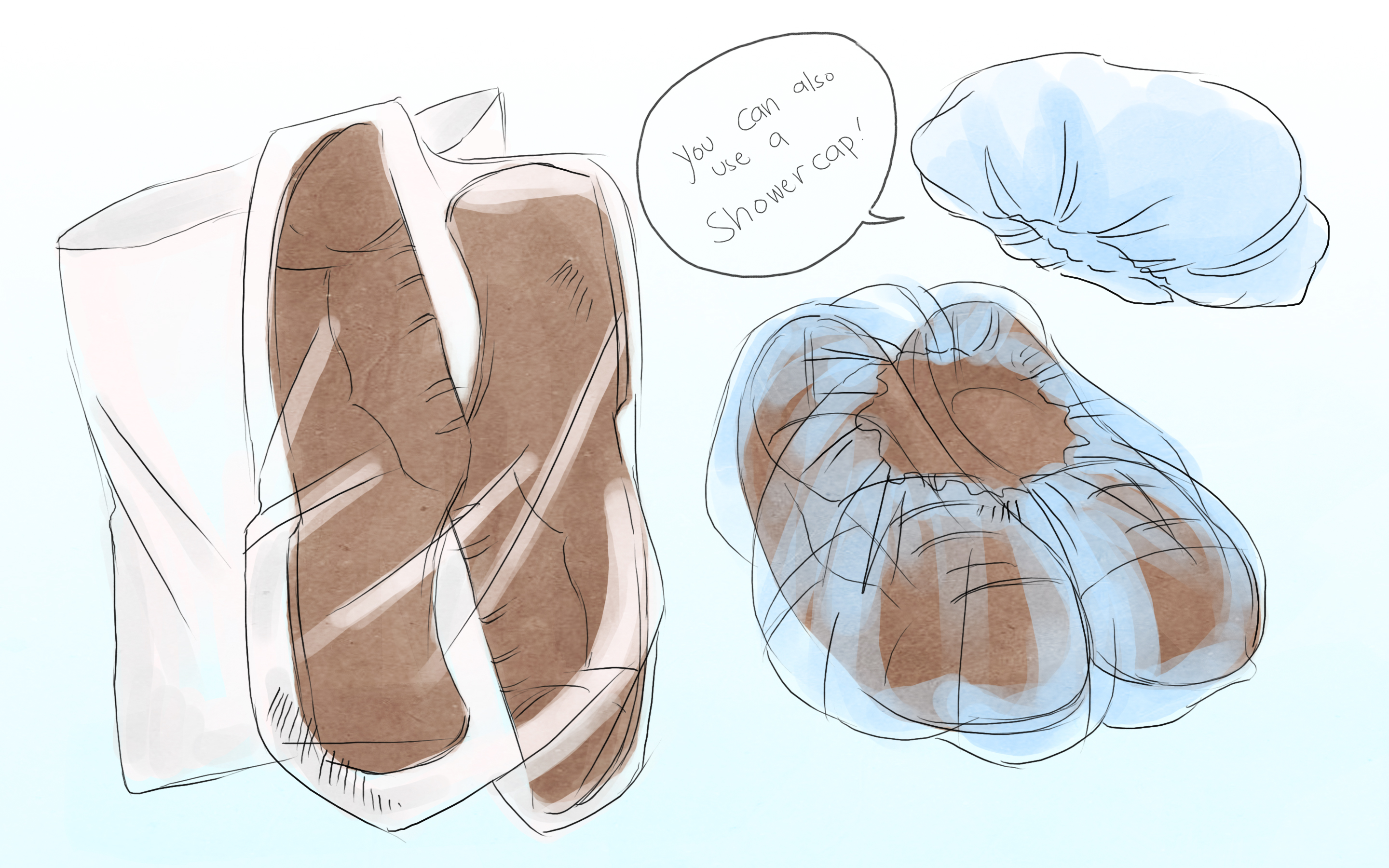 10. Fit the underwear and socks down the sides once the case is full. This will make sure that you don't fill up valuable space in the middle.

Again, this info is found at http://www.wikihow.com/Image:Pack-a-Bag-or-Suitcase-Efficiently-Step-10.jpg
The authors and illustrators did a fantastic job with this list! Go to the site to find more videos, tips and warnings!

Posted by RodgersTravel at 9:45 AM No comments:

Hacks aren't worth anything unless you can put them to great use. So the next time you take a trip, make sure you try one these awesome travel life-hacks. And to ease the stress of your future extended stays, make sure it's a Residence Inn By Marriott.

1. Use a medicine organizer to store small earrings or rings

2. Safely pack your razor with a binder clip

3. Store necklaces in a straw to keep them from getting tangled in your suitcase

5. Use straws to bring small amounts of liquid with you

Cut and burn the edges to make tiny sealed containers for things you may not need a lot of.
Via: moononaleash.blogspot.com

7. Sticking a dryer sheet among clothes in a suitcase will keep your clothes smelling fresh

8. Attach your keys and money to a binder clip and attach it to your belt for on the go shopping or for a night out on the town

9. Use a pot holder to pack a hair straightener

10. Use an empty tube of chapstick as a secret hiding spot for cash and other valuables

11. Use a Tic Tac case to store bobby pins

12. A hard plastic soap case is the perfect size to protect a camera stashed in a carry-on bag

13. Use a button to keep earrings together while traveling


This content was shared and brought to you by Residence Inn By Marriott via BuzzFeed.com
http://www.buzzfeed.com/marriott/14-clever-travel-hacks-to-make-your-trip-awesome-7bu6?b=1

Posted by RodgersTravel at 7:07 AM 2 comments: